So now any food that is good for you will called a drug by the FDA?

Now I’m not saying Cheerios are good because they are full of sugar which is not good for you. And they have a bunch of other crap too.

But you can see where this is heading. Is oatmeal the next victim? It is another attack on the whole foods industry and health. Now the government will tell us what we can eat.

The reality is that there are lots of good natural foods that prevent and heal many diseases. This is a a threat to the drug industry cartel which which is trying to use the power of our government to enforce their monopoly on our health. They have taken it upon themselves to create a monopoly just like the Fed does with our money.

Every year 100,000+ people die from complications involving prescription drugs. How may died from eating healthy natural food? Or supplements? Or vitamins?

Obama did not start this fire but he is pouring on the fuel.

Big brother Obama is trying to take over our world.

Fed Dread – The hidden power of the Fed 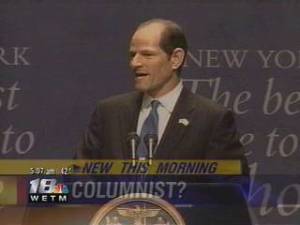 When Eliot Spitzer isn’t spending his money on whores he is a pretty smart guy. Rumor is that it was the Fed was behind exposing his appetite for strange to the public. Well, we all have our weaknesses. Rumor also was that then Gov. Spitzer stood in the way of the Fed plans to reorganize Wall St in their image and likeness. You will note his demise took place before the Wall St collapse in the fall of ’08. It was a coup, if you will, to get him out of the way. As the Governor of NY, he had jurisdiction over the NY Fed and Wall St. which orchestrated all the shenanigans of the collapse and TARP. Obama of coarse is their guy as is the new Gov. Patterson and what ever the Fed wants – they will grant.

It is interesting to see Spitzer come out with this info now. Perhaps he is looking for some payback. This is the only place in the MSM where you will find the truth about the unconstitutional power of the Fed. Congratulations to the Slate for publishing this. I saw him on CNBC last week and was impressed with what he said. This week some Fed lacky was already on there attacking Spitzer so he must be ruffling some feathers.

So my questions is why doesn’t Fox News ever run stories like this? Where are Ann Coulter, Rush Limbaugh, Newt Gingrich and all the rest of the so called “conservative” leaders and  talking heads including “motor mouth” Sean Hannity? They are sucking up to the Fed – which is why they can’t be trusted. Now Hannity had Rep. Michelle Bachmann on his show and she was questioning the Fed but Hannity himself is silent. He is a Rupert Murdoch coward. Murdoch is a CFR media member.Even Lou Dobbs and Glenn Beck are wimps when it comes to taking on the Fed. Barry Goldwater was not afraid to question the power of the Fed. Neither is Ron Paul. CFR conservatives are fake conservatives. They pay lip service to traditional conservative values but when it comes to votes they are for the CFR and NAFTA and the Fed. That is why Newt voted for NAFTA. The CFR wanted it. That is why you you will never hear the media or few Republicans or Democrats question the CFR. They are the ones in control of the government and they are afraid of their power.

What is the connection between the CFR and the Fed? It is direct. Rockerfeller and JP Morgan were instrumental in creating both. The Fed was designed in 1913 to control our money and the CFR was designed in the 1920’s to control the government. It looks like the Fed is now taking a more direct role in our new socialist/fascist government. For decades they have pretended to be an independent government agency. Geithner was their coming out party. His appointment puts the Fed directly in charge of the US Treasury and Obama is their go to guy.

The kerfuffle about current New York Federal Reserve Bank Chairman Stephen Friedman’s purchase of some Goldman stock while the Fed was involved in reviewing major decisions about Goldman’s future—well-covered by the Wall Street Journal here and here—raises a fundamental question about Wall Street’s corruption. Just as the millions in AIG bonuses obscured the much more significant issue of the $70 billion-plus in conduit payments authorized by the N.Y. Fed to AIG’s counterparties, the small issue of Friedman’s stock purchase raises very serious issues about the competence and composition of the Federal Reserve of New York, which is the most powerful financial institution most Americans know nothing about.

A quasi-independent, public-private body, the New York Fed is the first among equals of the 12 regional Fed branches. Unlike the Washington Federal Reserve Board of Governors, or the other regional fed branches, the N.Y. Fed is active in the markets virtually every day, changing the critical interest rates that determine the liquidity of the markets and the profitability of banks. And, like the other regional branches, it has boundless power to examine, at will, the books of virtually any banking institution and require that wide-ranging actions be taken—from raising capital to stopping lending—to ensure the stability and soundness of the bank. Over the past year, the New York Fed has been responsible for committing trillions of dollars of taxpayer money to resuscitate the coffers of the banks it oversees.

Given the power of the N.Y. Fed, it is time to ask some very hard questions about its recent performance. The first question to ask is: Who is the New York Fed? Who exactly has been running the show? Yes, we all know that Tim Geithner was the president and CEO of the N.Y. Fed from 2003 until his ascension as treasury secretary. But who chose him for that position, and to whom did he report? The N.Y. Fed president reports to, and is chosen by, the Fed board of directors.

Obama | Tagged: Fed Dread - The hidden power of the Fed |

This is a very funny parody and I think contains more than just a thread of truth.

This article is found at Citizen Wells. I find Larry’s story to be credible. It is difficult to prove although he does claim he can identify him by his penis. Do we really need to go there again? Shades of Lewinsky and the numerous Clinton’s accusers.

I understand it is difficult for the Obots to accept this story. Not only is their idol gay but a conspirator in murdering witnesses to it. A nasty business for the “anointed one” to be involved in for sure. The media for their part have refused to even give negative propaganda coverage to Larry. Even “Faux News” won’t touch it. In my mind that gives a lot of credibility to Larry’s story.

I wrote the following about 6 months ago:

“The Larry Sinclair story was the catalyst for me and many others to begin questioning the character and background of Barack Obama, a candidate that most of us knew little about. Mr. Sinclair’s allegations appeared preposterous at first but captured my curiousity.

I began by examining the Official Illinois State Senate records for the period of November 3 – 8,1999. I discovered that Obama was missing on November 4, 1999. I thought, “interesting.”

I then read the transcripts from the Tim Russert, Chicago Tribune and Chicago Sun-Times.All three interviews regarded asking Obama about his records during his tenure in the IllinoisSenate. Obama was consistently vague and evasive in his answers. This piqued my curiousity more.

One thing led to another and within a few days I knew that we had a problem with Obama. I had reached the point of no return and could not in good conscience abandon my efforts. I continued to followthe Larry Sinclair story and watched it play out in detail. I got to know Larry and we achieved a level of mutual trust that soon became a precious commodity. The Larry Sinclair story evolved into at least four large separate stories:1. The initial encounter with Obama in 1999.2. The Donald Young controversy.3. The attacks made on Larry Sinclair, those following his story and anyone questioningthe “messiah” Obama.4. The changing and withholding of internet information and attempts to prevent Larry Sinclairand others from reporting the truth. I have come to know Larry Sinclair as a person and not just a story. I admire Larry for his persistance in the face of incredible odds, his integrity and his patriotism. Citizen Wells”