One Congressman calls for the border to be shut? 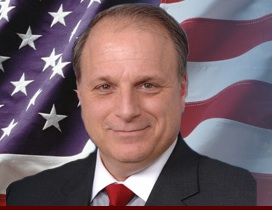 Congratulations to Rep. Eric Massa (D -NY), a Democrat I might add, who is not intimidated by the open border lobby of the Chamber of Commerce. Have the rest of the House and Senate lost their minds? We already know that the Obama/Biden people have no brains at all. Even the Republicans are too stupid to jump on this critical national security and health issue. And make no mistake – it is criminal to allow unrestricted crossing of the border at this time.

Per Napolitano we have no health screening of passengers arriving from Mexico. But Europe and Russia are checking passengers arriving from both the US and Mexico. Asian countries have deployed thermal sensors to screen passengers from North America to detect fever. But we have done nothing to shut the border and protect our own citizens or even screen people coming from Mexico. Russia suspended meat imports from the US and Mexico but we are still trucking it in. Even Cuba has suspended all flights to Mexico. So far 150 people are dead in Mexico and Obama and the DHS have missed a golden opportunity to prevent a pandemic spread of this contagion. Do they want a pandemic? Is that their goal?

Napolitano said yesterday there was no reason to shut the border. How do you logically arrive at that conclusion? People are infected. They are traveling to the US. They bring the disease. But the thought of actually checking people at the border is beyond her ability to comprehend. All confirmed cases show that they traveled to Mexico and then brought it back with them. Yet Napolitano says that to close all traffic from Mexico is not the solution?  She doesn’t even make sense. If travel to and from Mexico spread the disease then stopping that traffic would be the first logical step. Does she expects Mexicans to rely on their own good judgement like when they wait for a visa before legally entering the US to work and live? Yea right, when pigs fly!  Most likely they will try to flee across the border illegally for free flu shots.

This is what is wrong with the whole open border free, trade mentality. Everything else is subordinated to this. National security, health and safety, US Industries. All are sacrificed so the elite can keep making their profits at the expense of America. They have tried to label ‘protectionism’ as a bad thing – when it is good to protect America. But criminal enterprises are free to run across the border anytime they want. They say they want to stop the illegal flow of guns into Mexico. OK, then BUILD A FENCE AND SECURE THE BORDER – THAT WILL STOP IT. Instead they want to impose an assault weapons ban. How about we impose an illegal alien ban? And they say nothing about all the drugs and gangs and criminals coming into America across the border from Mexico. Like an assault weapons ban is going to stop that. It is typical liberal baloney. Pretty soon we are going to hear about the right of a swine flu infected illegal aliens to migrate here for their safety. We have been calling for the border to be secured and protected and controlled for years but Washington has not listened to the people. They serve the corporate interest of the CFR and the Chamber of Commerce. This swine flu epidemic is a perfect example of why we want our country protected. 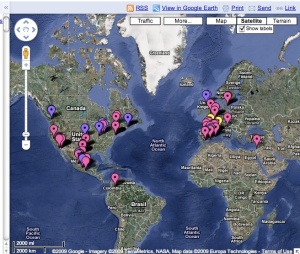 Even Hillary warned against traveling to Mexico yesterday. But Obama says there is no cause for alarm? Really? These people are criminally negligent. They can’t even get their story straight. If Hilary is warning against travel then why is Napolitano saying that shutting the border will do no good? Where is the logic? Obama declares an emergency on Sunday while he is playing golf but on Monday he says there is no cause for alarm. They do have the time and money to scare the hell out of New York City with their photo op stunts. They are starting to make the Bush Katrina response look good.

At least the networks finally said no to the Obama idol show tonight. This clown wants to practice his Jedi mind tricks on the gullible Obots with weekly propaganda conferences and “Townhall Meetings.” It took a village of urban idiots to vote this guy into office.

The WHO has “declared a public health emergency of international concern” but the ‘wise one’ Obama says “there is no cause for alarm?”

I can only assume from their behaviour that they want to infect not only the US but the entire world with this disease. Most likely it was cooked up in some Rockefeller government lab so they can make a bunch of money selling deadly flu vaccines to the public. It is not a natural occurring hybrid. These different viruses do not combine with each other naturally. This deadly concoction was created by someone for a purpose. The CDC tried to create a monster virus just like this a few years ago. Apparently they succeeded. Now micro-biologists and bio-weapons scientists are dropping dead like flies. Not from disease but they are being killed by someone. One might ask what did they know? We did not know it was such a deadly occupation. It is not a natural phenomena that is unraveling. It is a man made disaster. It was made to kill people. Maybe this is how the Obama administration plans to cut the unemployment number. Kill them off by disease. A sinister Rockefeller population control strategy for sure.

And finally today we hear that the best coarse that Napolitano and GMO advocate Vilsack can come up with to protect Americans is to change the name from swine flu to something less offensive. That about sums up this Obama administration. We are standing on the edge of a precipice of a pandemic killer disease and thats all they have to offer us. Political correctness and ignorant platitudes. What about shutting the border Janet, and inspecting all people entering the US from Mexico? It seems a sovereign nation like America ought to at least be able to do that. Personally I think Janet Napolitano is a swine. I know its insulting to the pigs but there you have it.

This entry was posted on Tuesday, April 28th, 2009 at 10:41 am and is filed under Obama. You can follow any responses to this entry through the RSS 2.0 feed. You can leave a response, or trackback from your own site.